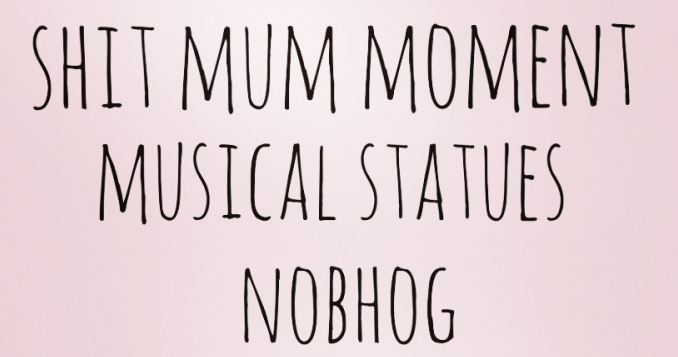 Just a few things in the FIB this morning in prep for a stress free weekend… in the bucket = no more f**ks.

It’s gone. I thought it was the sparkly thing behind the headboard, but it’s not. When keith confirmed it wasnt there, sheer horror set in. I haven’t worn it in a year, but now I know it’s actually missing, my gut hurts so much I’m wondering if I could have swallowed it.
● Liar Liar●

Chopper the boys hair again. Yep. This time worse than ever. They appear to have ginormous foreheads and look so bad that I got nervous when an elderly couple were cooing at them in Tesco, and when asked their names, I replied “Ranie and Onnie”, without correcting myself and ran off before they saw the missing clump of Onnies fringe.
● Shit mum moment ●

I took them McDonald’s. (That’s not the shit mum bit, that’s a knackered mum who couldn’t be arsed with cooking another dinner for them to lob on floor). They were given balloons, they loved them. But because I didn’t want to walk around with McDonald’s balloons,  I released one… and forced grandad to do the other, yelling “oh no, the balloons” as we accidently on purpose stole happiness from the hands of babes.
● Musical statues●

I witnessed a woman drop their trousers in the field next to our house yesterday morning, as I brushed my teeth. She peed. Possibly pooed. All i know is. She spotted me spot her, and all I could think of doing was stand as still as i possibly could with my toothbrush in my mouth, in the hope i looked like i was some kind of early, Halloween gimic in the window. It was battle of the best as to who gave in first, and I opted to very slowly just slide below the window out of view, shushing Arnie yelling from my name ! I was more embarrassed to be caught watching, than they were being seen.
● NobHog ●

After yelling “who wants a bickie” yesterday afternoon and the boys running to the kitchen gate in sheer delight, I suddenly realised there was only one left. I could have split it. I could have… But I didn’t.  I gave them a slice of apple, to which they cried while I hid behind the fridge door eating the delicious,  chocolate hobnob.